Do you remember that one terrible, terrible song that swept the nation awhile back called “Friday?” It was by a charming young girl named Rebecca Black who was unfortunately ridiculed for it. Although I’m not a fan of the song myself, I find that, whenever Friday rolls around, I excitedly start singing “It’s Friday, Friday…..lookin’ forward to the weekend!”

This Friday has been a wonderfully random one, and I figured the best way to show it to you was through the one medium in which I’m mediocre at best: photography!

Today has been super rainy and dark – and I’m not complaining! We’ve been in some severe drought conditions for awhile now, so I look at all the rain that’s been falling and am thankful for the farmers, the parched lands, and selfishly, a break from the heat and relentless sun. 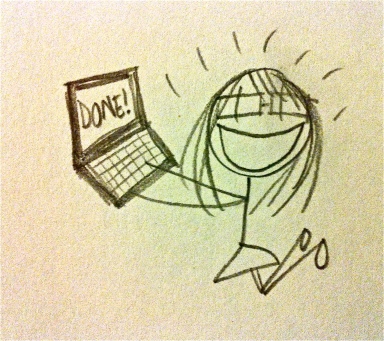 I was so excited to finally close out a huge work project that I’ve dedicated the last year of my life to. Being able to hit “send” brought me such a huge sense of satisfaction and relief. It was like checking off the biggest box ever on my to-do list! 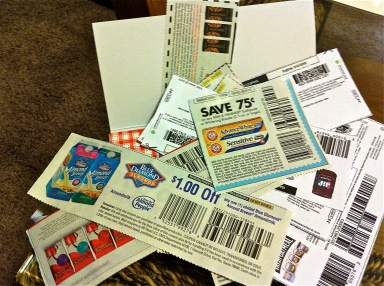 FH and I normally go grocery shopping on Sundays, but I had an awesome $5 off coupon that was only good until tomorrow, so we switched things up and went today. I’m trying to be good about clipping coupons and watching for sales, but it can be overwhelming and a huge time suck. On top of it, I’m still not convinced that coupons save everyone money. I’ve seen the shows where people buy thousands of dollars of groceries for mere pennies, but 1) I don’t live in a state that doubles coupons, and 2) We don’t buy a ton of pre-packaged  food, which is what most coupons tend to be for. I’ve managed to save us a few dollars here and there, though, so for what I’m able to put into it, it’s worth it. 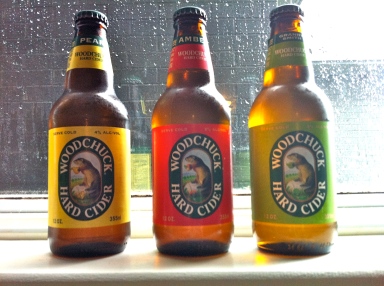 Major find for me while shopping: Woodchuck Cider! I like wine and beer, but lately I’m enamored with these drinks. One way our Meijer rocks is that they let you build your own 6-pack of beer. FH has his three, and these are clearly mine. I predict they make it until tomorrow at best!

Grocery shopping also allowed me to make this deee-licious smoothie: chocolate cherry banana. I’m sure there’s a wittier name for it, but it was too delicious for me to linger trying to figure it out. And the sprinkles on top were just for pure fun 🙂

And of course, an adorable picture of Eva. She’s been wonderfully cuddly and sweet today – think she knows I dedicated an entire blog post to her yesterday? Hmm…

As usual, I’m in a rush to make something and shower before services tonight. We’re having a cold salad potluck, so I’m throwing a few things together (literally) and hoping they stick. It’s going to be a photo finish here, folks! Ha, ha, ha…

Have a wonderful start to your weekend!

2 thoughts on “Snapshots from Today”

Welcome to The Joy Vey! I'm so happy you're here. Click around, have a laugh, have a nosh, and have a great day. Looking forward to seeing you around!

Error: Twitter did not respond. Please wait a few minutes and refresh this page. 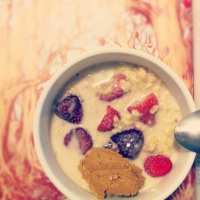 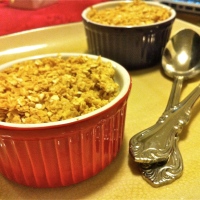 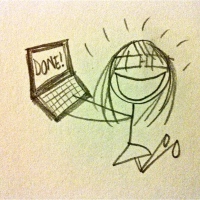 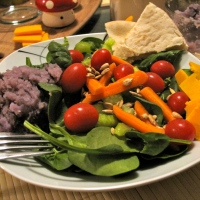 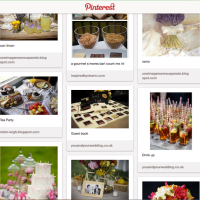